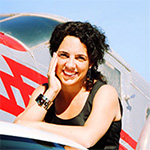 “2017 was a steady year for real estate in Edmonton and many of the surrounding municipalities, where sales and prices were quite stable for the majority of the year,” said Darcy Torhjelm, REALTORS® Association of Edmonton Chair. “For most of the year we continued to see home buyers take advantage of low mortgage rates and a slightly increased inventory, while sellers enjoyed solid prices for their properties.”

Average year-to-date days on market for 2017 for all residential units was 59, up 2 days from the average of 57 days on market in 2016. Year-to-date listings were also up, increasing 2.38% over 2016. The reported all-year sales to listing ratio was 52%, indicating a fairly-balanced market.

“Now that the holiday season is over and a new year is here, we expect listings and sales to begin to ramp up again,” said Torhjelm. “We encourage both potential buyers and sellers to talk to their local REALTOR® about their options in this market and what is right for them.”.